Dave Duckwitz: Your NOI Might Be Going Down the Drain — Here’s How to Help 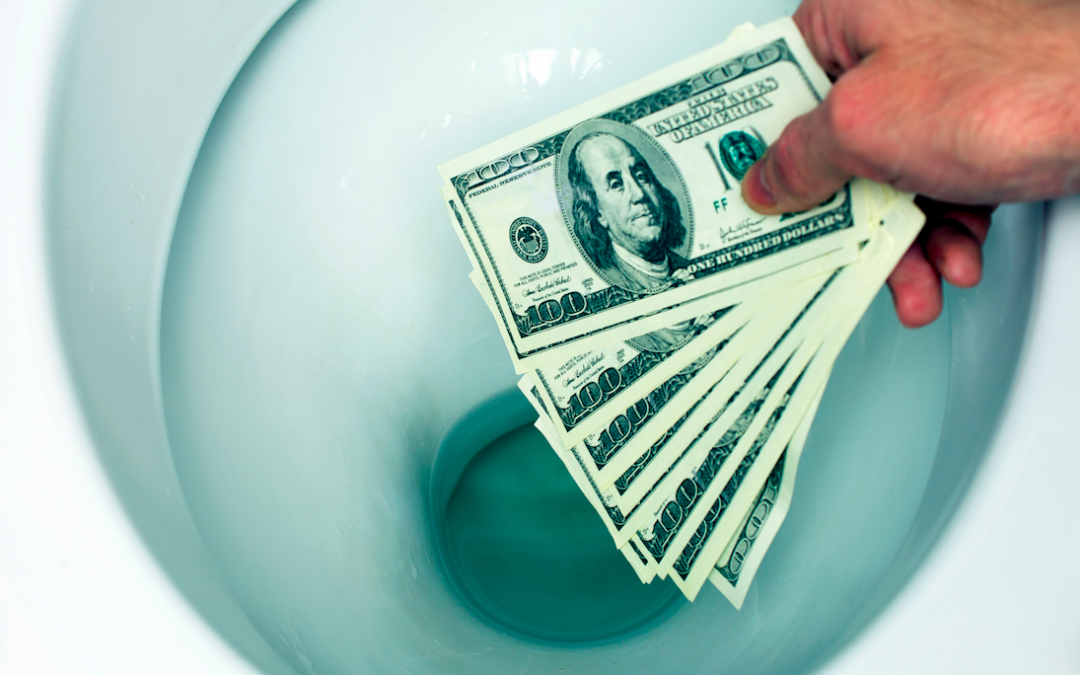 In student housing, there is an ongoing movement to utilize best practices of sustainability and conservation in both new and existing projects. “Going green,” is better for both the environment at large and our respective communities. The majority of builders, developers and planners have embraced this movement, especially as implementation becomes more cost effective — not to mention profitable.

Water conservation is a vital component of that movement. In several states, drought is an ongoing concern that impacts commercial and individual residences alike. However, even in those states where drought isn’t an issue, there is still the expense of water usage. Nationwide, water costs are rising approximately 7 to 8 percent per year. Thus, water waste is a critical concern.

Compared to sinks and showers, toilets account for the highest water usage and waste among fixtures. In regard to water conservation, low-flush toilets are often installed. Problem solved …. Or is it?

While the volume of waterflow is reduced, mechanical failure of toilets is the main culprit which leads to leaks and accounts for 58 percent of total water wasted in student housing! For example, a small toilet leak can waste up to 250 gallons of water per day; an open flapper can waste up to 5000 gallons per day. Research shows that 20 percent of all toilets leak an average of 200 gallons of water per day. Multiply that by the number of toilets in your student housing project and you’ll see where a significant portion of your NOI is going — down the drain!

Some owners and developers get offended by that statistic. “Not my toilets! We only installed quality appliances!” Despite the quality of a toilet, the simple mechanics of toilet parts like the rubber flapper inevitably break down and cause leaks. Considering the everyday usage of toilets in student housing, it makes perfect sense.

The answer appears simple: replace the bad parts and fix the leaks. However, the vast majority of students don’t report leaks even if they are detectable. Unless your maintenance staff is performing regular maintenance checks, a leak could go on for a very long time — and that wasted water is lost revenue.

Another significant contributor to water waste and the number one insurance claim is flooding, which is especially common in student housing. On average, flood claims range between $20,000 to $60,000 per claim — and it’s not uncommon for a flood to cause damages in the millions.

This information isn’t meant to scare you, but it is a wake-up call that water conservation is not only important for the environment and our communities, but also for your bottom line.

So where to begin?

In terms of toilet sensors, several products on the market are geared for consumer use. Some lower-end products are battery-powered and rely on user awareness and interaction. For the disciplined do-it-yourselfer, those products provide a simple and inexpensive means of monitoring. These residential solutions do not scale well and are impractical for commercial usage, though. An alternative is a higher-end mechanical solution — but the “mechanical” components will eventually break down. Leaks and floods can still go unnoticed.

One more extreme technical solution for commercial use is the auto shut off valve. When a leak is detected, the valve shuts off entirely. The problem with that option is that one small leak could shut down the entire flow of water into a building or a large portion of it. A small toilet leak in one dorm room could leave hundreds of students without running water until that leak is fixed. Not a pretty picture …

Regarding flooding, there are several devices on the market but again, these are primarily geared toward consumers and interface via WiFi/smart phone applications. For commercial use, a more robust system is needed that identifies leaks and reports them in real-time. WiFi systems are unreliable and not designed to handle the volume of monitoring and reported needed for student housing.

The good news is that there are cost-effective ways to reduce water waste and eliminate flood claims entirely. Through today’s technology, there exists the ability to monitor toilet water waste and flooding in real-time to report issues before they become catastrophic events. IoT (Internet of Things) devices with monitoring are proving to be the most reliable and effective. Why? IoT devices use low-frequency transmitters to send information to the cloud where it is then disseminated to the respective parties. The battery life of these devices is normally several years and they function 24/7 so they’re highly practical and functional. IoT also allows for better scaling and reliability compared to WiFi alone which is extremely important when student housing is spread over different parts of the respective campus.

By effectively monitoring toilet water waste alone, you could reduce your water utility costs by over 20 percent, while increasing net operating income and equity value. Flooding can’t be avoided entirely, but early detection can prevent catastrophic flood events and all its associated costs, including displacement of students, remediation and increased insurance premiums.

Awareness is the first big step is solving any problem and I hope the information I’ve shared has provided that. The good news is there are solutions to reduce waste and increase operational efficiency, a win-win for all involved, including the students!